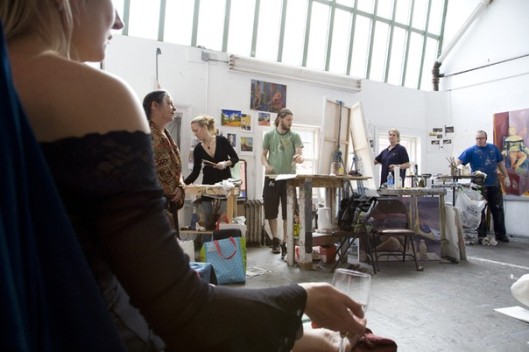 Mercedes Matter was an important figure in 20th century American art, both as a painter and one deeply involved in the education of artists. As founder of the New York Studio School, where she taught and served as dean, Matter helped shape generations of artists as well as the critical discourse about art, its meaning, its practice, and its role in society. This article first appeared in the New York Times, September 2, 1973. Almost 40 years later, her insights seem to have only gained in relevance.

How Do You Learn to Be an Artist?
By Mercedes Matter

Since, in a world greatly transformed, the visual arts have presumably moved far from the premises of art in the past, is there any use for a young artist, in 1973, to study the traditional disciplines?

I say decidedly yes – were this only a matter of becoming visually literate. How arrogant…

This site uses Akismet to reduce spam. Learn how your comment data is processed.